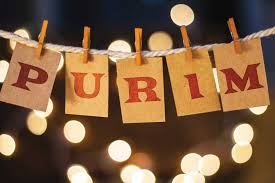 There are two days of Purim each year:

Shushan Purim is celebrated by those who live in an ancient walled city like Shushan. In our times, there is only one city that celebrates Shushan Purim exclusively—Jerusalem. The rest of us celebrate Purim on the 14th of Adar. Am I merely a bystander?

So I ask you, what message can I take from the celebration of Shushan Purim in my beloved Jerusalem, thousands of miles away? Is it my holiday, or am I merely a bystander while Jerusalemites are making merry?

I want to suggest that Shushan Purim is our holiday as well! And, in a way, when we understand Shushan Purim better, it might even resonate with us more that Purim itself.

Shushan was the capital city of the Persian Empire—the antithesis of Jewish morality and the Holy Temple, which had been destroyed a few decades prior to the Purim story. Shushan was a town of high society. Slick politicos swarmed the streets; wannabe lobbyists pounded the pavement, trying to get the ear of the power brokers; money-hungry wolves devoured their competitors. Morality was relative, corruption was rampant and power was the name of the game.

Indulgence was Commandment #1 in this town. King Ahasuerus made a feast that lasted 187 days! Shushan was “The Real World.” And “The Real World” needs a Purim of its own.

The sages taught that Purim is about finding G‑d in our lives. The fact that there is no mention of G‑d’s name in the entire Megillah, one of the holy books of the Bible, indicates that the Purim story is a reflection of our everyday lives. The story, of Purim and of our lives, can be read in two ways:

These two versions of Purim are the two versions of how we can read our lives. Each of us can choose how to interpret the story. Are we a conglomeration of “it just happened,” or do we see G‑d’s hand in every facet of our lives?

Purim is the wakeup call to rip away the paper-thin veneer that hides the Divine guidance of our lives and opt to see the true version of our personal Megillahs. Purim calls upon us to read the subtexts of our lives.

Many people can recalibrate their perspectives with a general dose of Purim awareness. These are the people with good, humble values, people who just need a little nudge and they’re back on track!

But then there are the heavyweights: Mr. Sophisticated Know-It-All; the polished, slick, cool, on-the-ball, successful man-made individual.

These souls have a Purim just for them—Shushan Purim, with its Divine message: Wake up, buddy. Make space for G‑d in your narrative. When you write your autobiography and you’re tempted to make “I” the most-used pronoun in the book—whether in relationship to your accomplishments or to your failures—just remember the subtext of the story. It’s G‑d’s world.

Perhaps our modern world can relate to Shushan Purim in a way that our shtetl antecedents could not have. In a time when the world is open to the “The Real World” (the good, the bad and the ugly of it) more than ever before, when our lives are intertwined in the Shushans of the 21st century, is it possible that the message of Shushan Purim is a Purim message for our time?