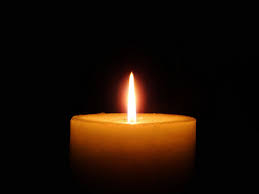 We find ourselves in the Shloshim period of the untimely and heartbreaking passing of the head of the OK Kashrus agency. Much has been said and written about the indelible role that Rabbi Don Yoel Levy, z”l, has played in the Kashrus world.

Notably, his inimitable impact will forever be an integral part of the global Kashrus industry. His steadfast and uncompromising approach to establishing and maintaining Kashrus standards are legendary; this is universally acknowledged.

About 30 years ago, during one of his many visits to the West Coast, he became one of the driving forces in the formation of KSA.

At the time, he was a vital mentor to me, as I was engaged in doing Hashgacha work for his agency. Nonetheless, he simultaneously encouraged, supported, and ultimately signed on publicly to the launching of Kosher Supervision of America.

Rabbi Levy provided the KSA the use of his good offices in Crown Heights with indispensable technical and hands-on support.

His passing will undoubtedly leave a palpable void in the Kashrus world.

And I will be eternally grateful for his thoughtfulness and kindness.

May his memory be a blessing for his family, colleagues, and Klal Yisroel, and a speedy recovery and the ultimate redemption for the entire world.