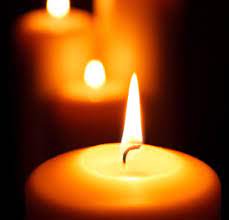 It is with profound sadness that we take note of the פטירה of HaRav Zecharia Senter, ZT”L, head of the Kof-K.

In addition to being a prodigious תלמיד חכם, Rabbi Senter founded and led the Kof-K since its inception all these many decades.  While still a young student at Yeshiva Rabbi Yitzchak Elchonan, Rabbi Senter had started an independent source of inquiries and information on kosher matters. This “hobby” developed into an international kashrus agency renowned for its dedication to the highest standards in kashrus enforcement.

Rabbi Senter considered himself a humble תלמיד of both Rav Aron and Rav Yosef Dov Soloveichik…this was evidenced by his constant quoting of both his rebbayim whenever he was called on to speak in public.

His leadership drove the Kof-K to constantly seek halachic guidance from an independent בית דין of halachic experts… specifically to separate kosher questions under consideration from any form of other entanglements.

His place as a pioneer in many areas of kosher certification is assured.